I play games on PC 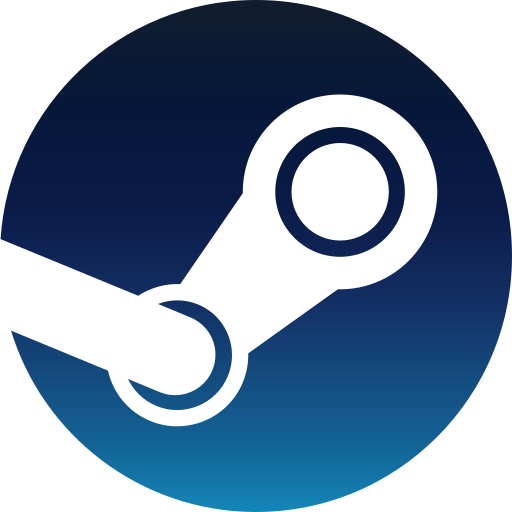 Though I am an advocate of DRM-free games, but I do use Steam as my storefront of choice. Please take some time out of your day though to check out GOG, they might not have the best selection of games, but all their stuff is entirely DRM free and worth your consideration if you want is available there. Anyone that uses or advocates for the Epic Games Store is seriously misguided, because while free games every 2 weeks or so is nice, selling your data to China and supporting anti-competitive strategies aren't worth it

None of the reviews below are sponsored, there are no affiliate links either. I will only provide store links to GOG and/or Steam

Genres of games I do not enjoy:

Onto the actual reviews!

Wolfenstein 2 is a cracking game that picks up from where The New Order left off in a spectacular fashion. The gunplay is tight, fast paced, and varied in terms of weapon usage. The story is riveting and engaging, with a couple unexpected plot twists. The graphics of the game leave absolutely nothing to be desired, and the performance of the game doesn't suffer in the slightest because of it. The game's story is lengthy but never loses your interest and there's plenty of extra side mission-style content that's unlocked when you've almost finished the game.

The DLC are interesting, providing a different playstyle experience to the main campaign with all new areas, perks, charaters, and stories. While the quality of the DLC means that it's not necessarily all that long in terms of gameplay time, I'd take this any day over some cosmetic or side mission adding DLC like you get in some other modern AAA titles.

At the price the game tends to go on sale for, I'd recommend it without hesitation. Get the DLC if you know you're going to enjoy the game.

The graphics are easy to get out of the way - they're great, they all form a cohesive art style, and the environments don't look like they were made in a matter seconds. That having been said, the level of detail in its graphics that this game opts for can make some enemies hard to see with all the noise coming from the detail of the textures and the very fast pace the game makes you play at.

The two pitfalls that are the reasons I refunded the game are the combat mechanics and enemy behaviour.

The combat mechanics feel as if they were made as a developer's first outing into FPS design. You want the game to feel fast, so you speed things up - enemy attacks, player movement, etc. It feels like the intuitive solution, but this is not the way it works necessarily, a fast paced game can be made to feel fast without everything happening quickly. Take DOOM 2016 - you move fast, but your rate of fire is controlled, and enemies all attack relatively slowly, despite DOOM's branding and success in being a fast paced FPS. It allows for decision making and greater observation of the environment not otherwise possible if you're always hard-pressed by enemies. In Bright Memory, enemy attacks for the mob enemies are seldom telegraphable due to the short duration of the animations. Bright Memory's intensity is then brought right down by the game's combat being in favour of kiting. Dashes only move you backwards, there is no cooldown (or if there is, I never noticed it), and no enemy moves faster than you can kite with this ability. From there, all you have to do is empty your magazine into the closest enemy, dashing further away again when they get too close. It is a boring gameplay loop which the game tries to break you out of by providing abilities, though the EMP's cast time still means you have to strafe and if you've kited a large group of enemies, it never seems to catch them all. My two sole deaths were environmental - once I accidentally backed into a fire and was unable to run out as I was being blocked by enemies, the other time I ran backwards off a cliff. If running backwards through every combat scene is going to be how the game is played, at least makes the walls smooth and environmental deaths like these harder to have happen.

Next in combat mechanics is gunplay. In this preview, you get three guns, only two of which that are really worth using, being the SMG and shotgun. The game never provides an obvious enemy type or environment type to let you know which you should use, you kinda just have to pick one and use it. Neither gun feels like it does much damage and all enemies are bullet sponges. The fact that the shotguns rate of fire isn't fixed is downright broken the second you let anyone remap their keys (why you can't is beyond me, gotta wait for the full game for that). The fact that guns have an ammo limit feels incredibly pointless - I never noticed any ammo pickups and I never was short on ammo for either gun. The ability to aim down sights is difficult to use given the pace of the game and lack of stationary gameplay as there's never any cover, so I don't really see why it's needed/included with the rest of the game balanced as it is. The game's feedback with hitmarkers and incredibly drastic time slow downs never felt consistent to me - I didn't know whether I'd killed an enemy or scored a critical hit, or why I was getting the feedback I did.

Enemy behaviour. First of all - why do I never die from enemy attacks? I never at once even reached a greyscale 'uh-oh' state from enemy attacks. Not that I know where/if I have a health bar. Enemy spawning is poor, the spawns seem fixed, meaning you won't always see enemies spawn in, or you can just farm where they spawn from a safe distance. To add to the first point, enemies will attack you even if they're off screen. This seems normal without considering the experience the player ends up with - you weren't even aware there are enemies and now you're being hit by them. DOOM 2016, by contrast, tries wherever possible to spawn demons in your cone of vision and ensures that for the most part, demons you can't see won't attack you. In Bright Memory, I can't recall any decent audio cues, and so the lack of visual information was very unhelpful and if there were directional damage indicators I didn't notice those either amoungst the rest of the HUD's clutter.

What about the boss fights? Same as the rest of the game honestly, strafe and aim for the head, empty magazine, reload. The character's commentary doesn't match up with what's happening during fights I found (specifically the knight dude), and the enemy AI doesn't seem to know what to do against a strafe queen, which is weird considering that's what you spend 98% of the game doing. The knight fight I would literally just back strafe and shoot the knight in the head while he walked slowly towards me. For the whole fight. Even the extras that get spawned couldn't do anything because I was kiting them one and the same. Poor, honestly. Bosses, especially in large arenas, need gap closers (not smaller arenas, that makes everything worse). Bosses movesets are incredibly limited (I identified maybe 3 moves for each boss) and they don't perform any combos or anything, just dice roll which attack to do (or so it seems).

If the above was fixed, I'd happily keep the game and be able to enjoy playing it, nothing else is so awfully wrong that it'd stop me wanting to play. That having been said, here are my nitpicks:

UBERMOSH is a colourful, fast-paced, ruthless shooter. It's a lightning fast twitch-reaction arcade shoot 'em up that makes you feel like you've played it for far longer than you really have. 90 second rounds (if you make it to the end) last a lifetime as you move around kiting and murdering your way through masses of enemies in a fully badass manner. The game has tight controls with the interesting "deflect bullets with sword" mechanic to set it apart from the crowd.

DOOM meets Super Hexagon; a steal at 39p with the OST when on sale